The partially revised Swiss inheritance law has been in force since January 2023. The new provisions will enable you to decide in a more flexible and self-determined manner who is to receive how much of your estate. You will be able to dispose of a larger portion of your estate at your own discretion. New features include a reduction in the compulsory portions for descendants and discontinuation of the compulsory portion for parents. Swiss Life gives you an up-to-date overview and explains what to keep in mind in your inheritance and succession planning.

Key changes at a glance 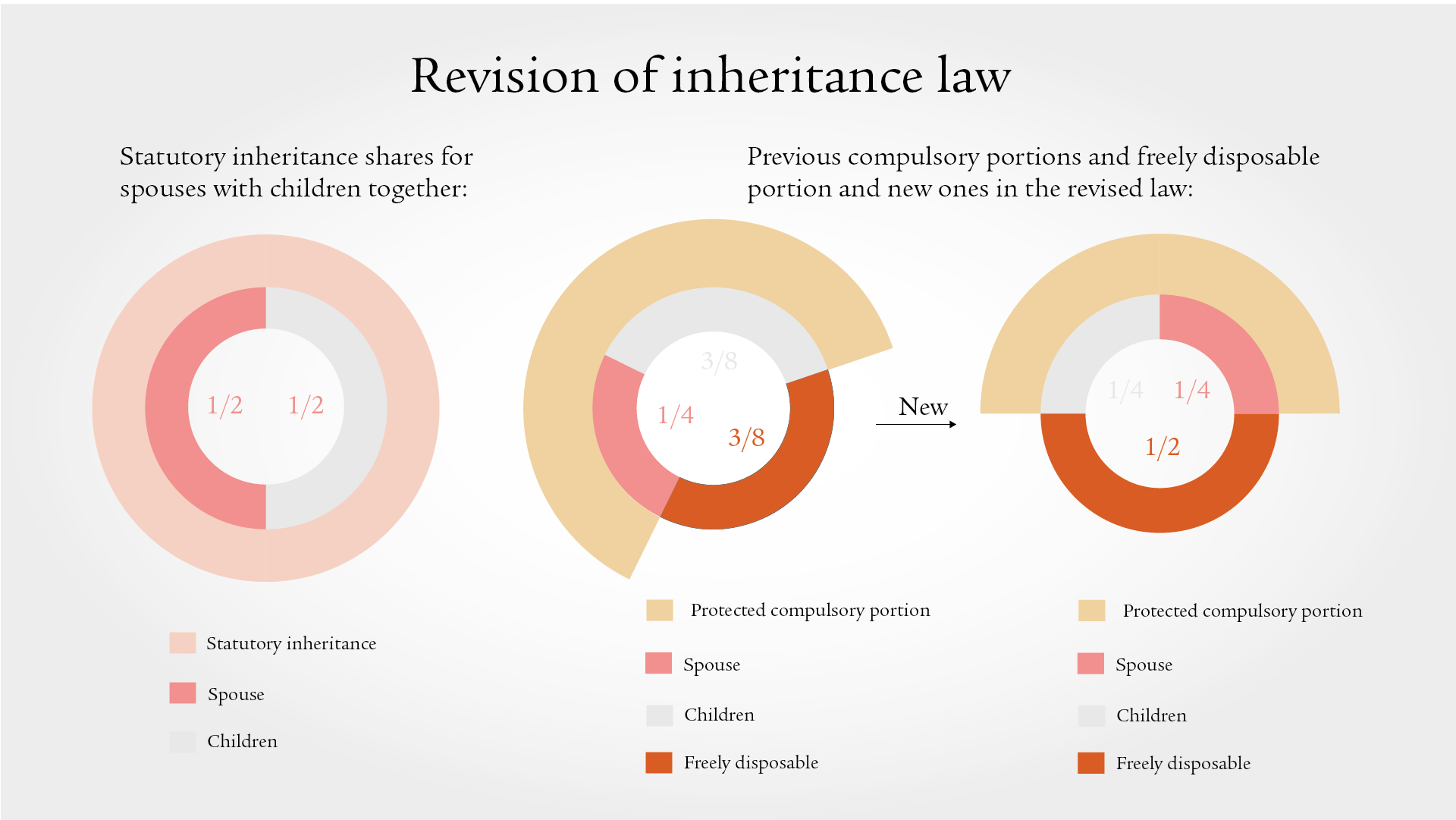 The hereditary succession will remain unchanged

If the testator does not leave a will or contract of inheritance, the estate will be distributed according to the hereditary succession. The order of succession is based on kinship (including adoption), with close relatives excluding more distant ones. As long as the testator leaves behind descendants, these will exclude all other relatives. In addition, the surviving spouse or registered partner will always inherit.

The statutory inheritances will remain as follows

The testator is survived by

The spouse’s compulsory portion will remain at 50% of the statutory inheritance.

From 2023, the existing compulsory portion for parents will no longer apply. If you are survived by parents but no descendants, you will be able to exclude the parents from the hereditary succession and, for example, designate your spouse or life partner as full beneficiary (sole heir). 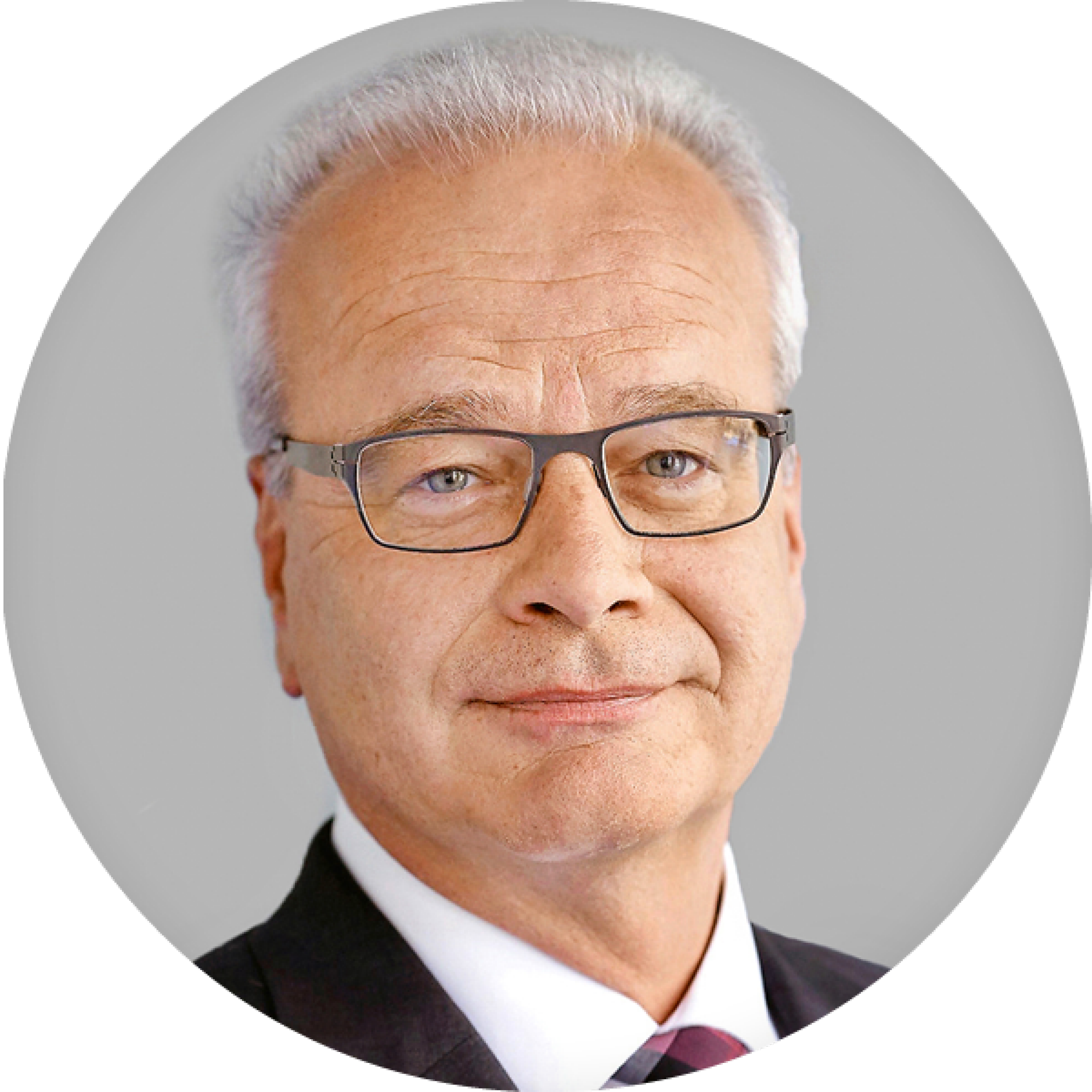 Among other things, the revised inheritance law will enable you to offer better protection for your life partner. And stepchildren will also be able to benefit.
Christoph Erni, Head of Inheritance & Estate Planning, Swiss Life

Clarity on pillar 3a

Until now it has been unclear whether benefits from private tax-qualified provisions (pillar 3a) form part of the estate or are outside the rules of inheritance. The law now makes it unequivocally clear that pillar 3a assets (insurance and bank foundation) are to be paid directly to the beneficiary(ies).

However, the benefits are taken into account in the calculation of the compulsory portion up to the amount of the surrender value (insurance) or lump sum paid out (bank solution). This also applies to beneficiaries under pillar 3b insurance products with a surrender option.

Once a contract of inheritance has been concluded, future gifts, with the exception of occasional gifts, may be contested by the contracting parties if such gift options are not expressly provided for in the contract. This will also apply to existing inheritance contracts.

The revised inheritance law takes greater account of the many different forms of living prevailing today (such as patchwork families and common-law partnerships). The reduction in the compulsory portions will give testators greater discretion in bequeathing their estate.

The time of death and not the time of creation of the will or contract of professional inheritance is decisive for determining the applicable law.

Review your existing wills or contracts of inheritance to avoid problems of interpretation.
Adjustments may be necessary.

You should pay attention to the following:

You are married and have two children together whom you have limited to the compulsory portion in favour of your spouse. The spouse would now receive 3/4 of the estate and the two children 1/8 each.

How should I organise my inheritance planning?

Would you like to learn more about inheritance and succession planning, or do you have questions? We would be pleased to provide you with more information – in a personal and non-binding consultation.

Retirement provisions: what tips can I use now to prepare for my retirement?

Prepayment of inheritance: the key questions and answers 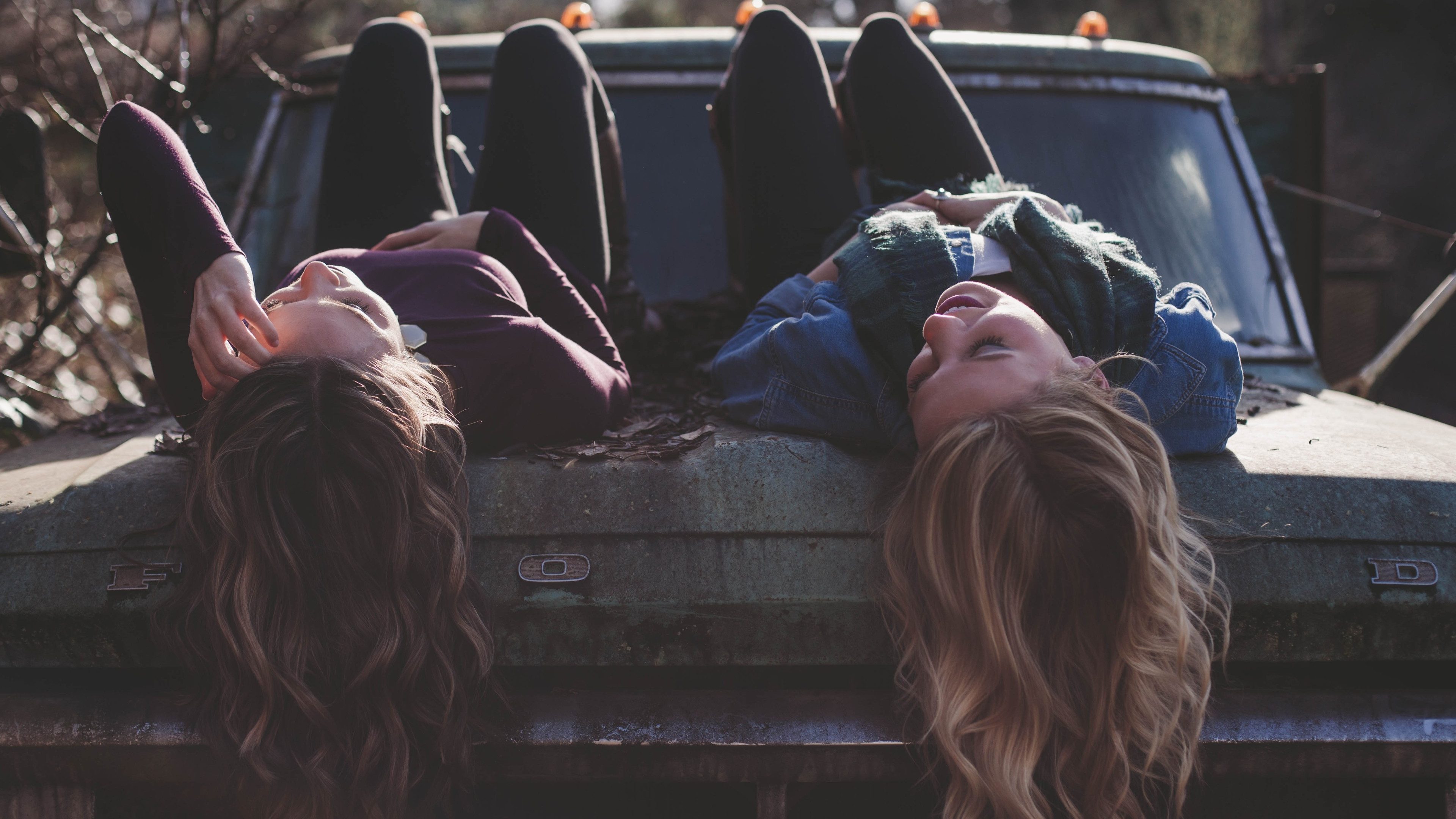