Divorce can often prove expensive for women, as they tend not to have enough money in their pension fund. Lawyer Eliane Benjamin tells us what’s important before, during and after a marriage.

Around 40 percent of marriages end in divorce nowadays. For many women, this has a negative impact on their pension provision. But according to the latest study by Swiss Life, only just over one-fifth of the women surveyed have given serious consideration to the topic. Almost half of them have given it little or no attention. Ms Benjamin, how can you explain from your experience as a lawyer specialising in family law why only few women have looked properly at retirement provision at the time of their divorce?
Divorce is always a very emotional thing, and many women focus purely on the immediate issues: questions about children or shared homes. Retirement provision is a very complex matter and, for many people, seems a long way off. In addition, for many couples, money matters are dealt with by the husband while the wife tends to take care of the children.

How does the law provide for women’s retirement benefits following divorce?
In principle, the funds are divided up equally. This applies to the pension assets accumulated during the marriage – regardless of which spouse has earned or paid them in. This 50-50 principle is implemented differently according to the «pillar» concerned (1st pillar – state provision, 2nd pillar – occupational provision, 3rd pillar – private provision).

Why do very many women still have gaps in their pension provision despite this division of assets? After all, the law additionally provides for pension support to be paid to the parent who cares for the children.
Most mothers are responsible for the majority of childcare and are therefore not employed, or else work at a low part-time level. Following divorce, many women do not receive any pension support or cannot save for their old age despite the benefits provided by their ex-partner, as there is little or no money left at the end of the month.

Why is the money missing?
The most common reasons are low income levels and the higher cost of two households after divorce.

To what extent does divorce pose a pension risk for women in particular?
If the woman has exclusively looked after the children during the years of her marriage, her pension situation may worsen considerably after divorce. As of the date when the divorce action or the divorce agreement is filed with the court, the woman no longer participates in her husband's 2nd pillar retirement savings. If the woman is then alone and without work, no contributions will be paid into the employee benefits institutions and she will be at considerable risk of having sizeable pension gaps when she retires. Even a low level of employment over a longer period of time after divorce is usually not sufficient to save enough for old age. 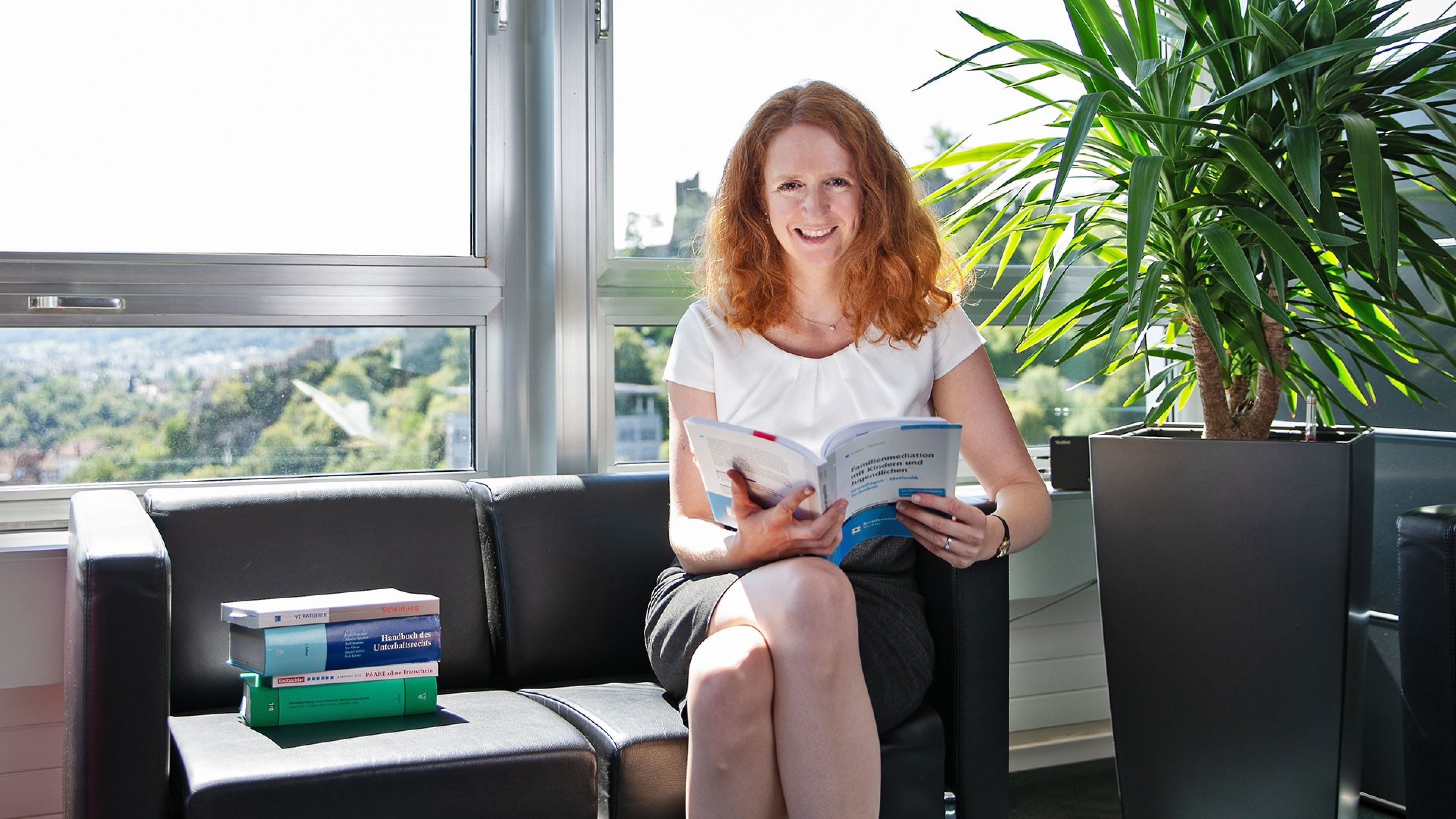 Eliane Benjamin (b.1985) is a lawyer specialising in family and labour law. She grew up in Lengnau in Aargau, went to the Baden cantonal high school and studied law at the University of Zurich and the Chicago-Kent College of Law. She was admitted to the bar in 2014 and subsequently trained, among other things, as a mediator. Since 2017, she has been working at Voser Rechtsanwälte in Baden. She has a one-year-old son. She and her husband have a «half-and-half» arrangement with regard to employment and childcare.

If a woman only addresses the issue of pension provision when she divorces will that be too late?
The division of responsibilities during marriage is what matters. Women should be aware that, unless they are very comfortably off, they will need an income source of their own after divorce at the latest if they are to build up a reasonable retirement provision. Only a few of the women who have focused entirely on the children are aware of this. Either way, I advise every young woman to start saving early if possible and to pay into the 3rd pillar. Even if it is only a little at the beginning, they will save taxes and benefit from the compounding effect.

The person who earned the money compensates their spouse’s pension shortfall. Pension support may also be payable after the divorce. How effectively does that make up for a pension gap – and where do the limits lie?
The division of pension provisions is settled when the divorce action or agreement is filed with the court. Only when the divorce is final does pension support fall due – and then only if the financial means are available. The income of the man and the woman after divorce must be higher than their living costs, including the additional costs incurred as a result of living separately. These are calculated by looking at the needs of all parties, including the children. If there is any money left for providing the woman with adequate retirement provision, pension support may be payable. Gaps mainly arise when few financial resources are available.

In what form is the pension support paid?
It is included in the maintenance payments made to the woman and is not paid out separately. It is therefore up to the woman herself to set aside the amount specified in the support calculation if possible. If she is in employment, she can pay it into pillar 3a up to the legal maximum, or otherwise pay it into a savings account.

Isn't there a high risk that the pension support will not actually be set aside if there is no legal ruling?
People need to be properly aware of the need to actually set the money aside. At the same time, the subsistence minimum is set at a very low level. The money often tends to be used for daily needs to maintain much the same standard of living as before the divorce, rather than being used for pension provision. 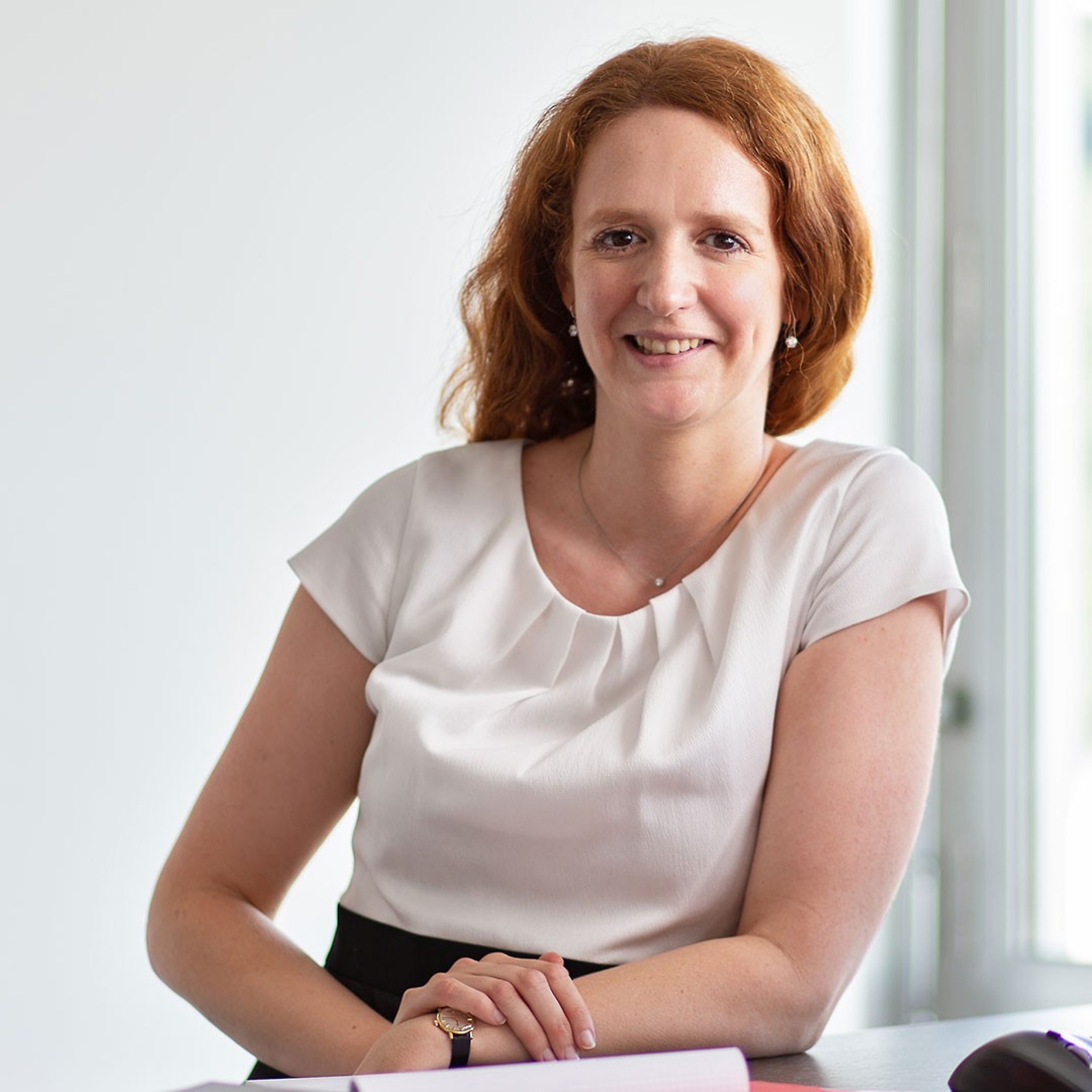 I advise every young woman to start saving early if possible and to pay into the 3rd pillar.
Eliane Benjamin, Lawyer specialising in family and labour law

So many people are not able to maintain their accustomed standard of living after divorce?
That's right. It’s therefore important for women to retain at least one foot in the world of work when it comes to the distribution of roles. Of course, it’s still important to focus on what is right and possible for the family. An increase in working hours as soon as possible may be advisable. Divorce is always a real possibility. And if it comes to that, everyone is better off if the woman is more financially independent. At the same time, her spouse will have a role to play in childcare and can consider reducing his workload in good times.

Based on your professional experience, can you point to typical cases with regard to divorce and women's pension shortfalls?
I regularly see women who do not have their own pension fund because they have not worked or are no longer working at the time of divorce. In such cases they are not covered by the BVG. Although they may have saved money in the second pillar, it is usually in a vested benefits account. If they can no longer join a new pension fund because they don't go back to work before retirement age, they will not be able to draw a pension on retirement. Instead, they will only be able to draw a lump sum. Yet many women would like a monthly pension in their old age.

What would you advise women to do if they are no longer employed at the time of divorce and are unlikely to join a new pension fund before retiring?
There are a number of different possibilities. A woman can withdraw the capital available to her after the divorce when she retires; a preferential tax rate initially applies, and the money can be invested in the annuity plan of a pension insurance scheme. At present, 40 percent of this pension will be taxable again. The woman thus takes the money out of the statutory pension system and uses it for pillar 3b, i.e. non-tax-qualified provision.

And the other possibility?
She can also leave the money in the 2nd pillar and transfer it to the Foundation for the BVG Contingency Fund. This is a voluntary form of occupational insurance. The main disadvantage compared with the regular pension fund is the lower conversion rate.